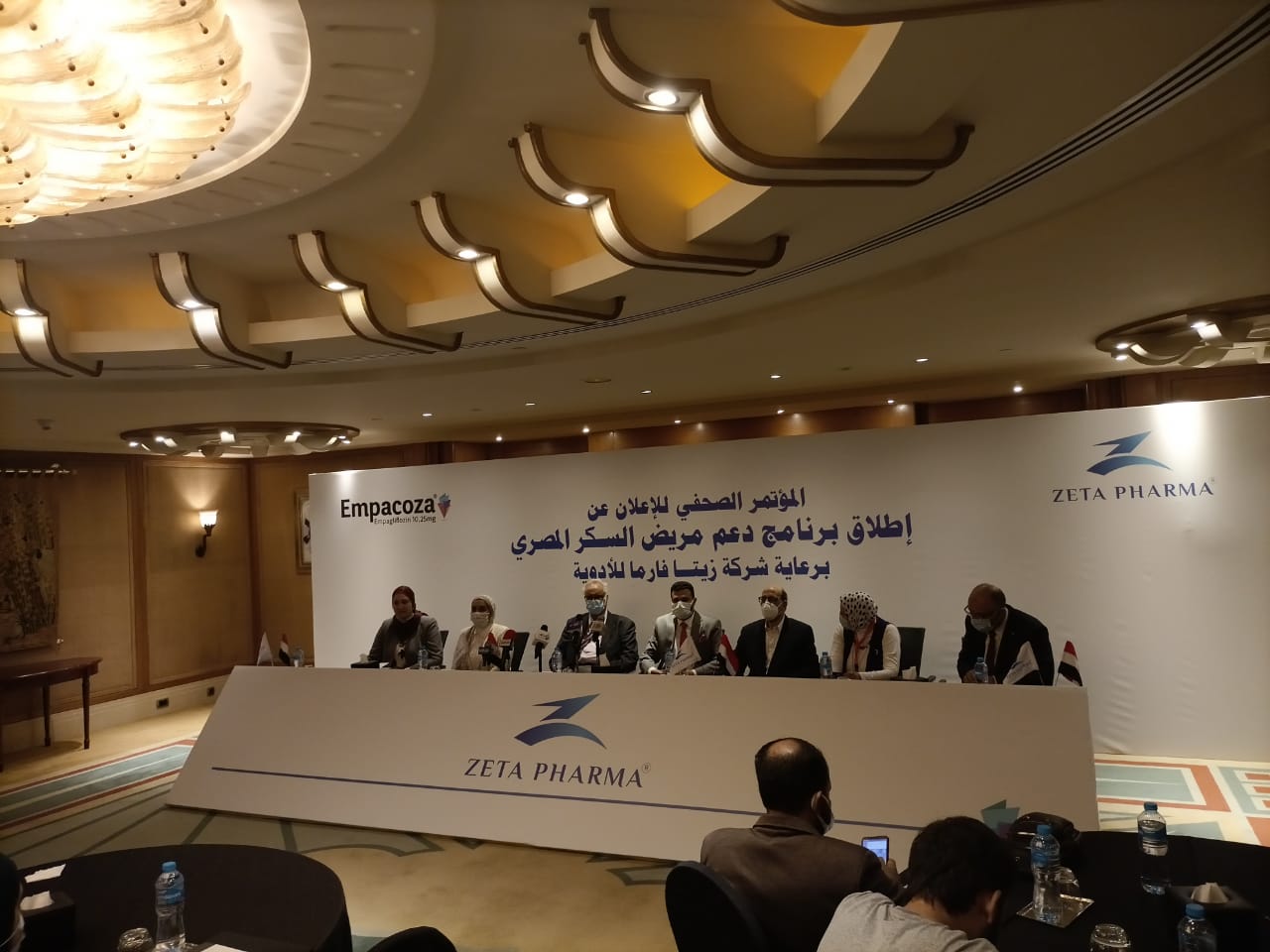 CAIRO, EGYPT, October 26, 2021 /EINPresswire.com/ — In a positive step towards supporting the Egyptian patient and an attempt to reduce his financial burdens, Zeta Pharma for Pharmaceutical Industries announced an official reduction in the price of “Empacoza 25 mg” to the public by approximately 40%, after the approval of the Egyptian Drug Authority, in order to facilitate the benefit of the largest possible number of Type 2 diabetes patients in Egypt.

-Dr. Faten Abdel Hameed, Group Marketing Lead of Zeta Pharma, explained that the drug “Empacoza”, which contains “empagliflozin”, is one of the latest treatments for type 2 diabetes, which constitutes a qualitative leap in the treatment of type 2 diabetes, as scientific studies have proven that this drug – In addition to its high ability to control the blood glucose levels- it also benefits the heart and reduces the incidence of deaths resulting from heart complications. It also helps protect the kidneys, which is one of the most important challenges facing chronic diabetics, and also helps lose weight for diabetics, which improves the quality of life for these patients. 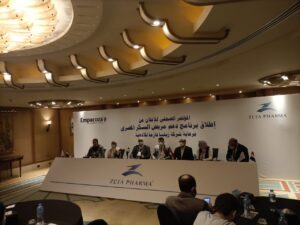 -She added that this initiative comes as part of a comprehensive and permanent program launched by Zeta Pharma to support type 2 diabetes patients in Egypt, which also includes providing free glucometers, as well as free screening tests, in addition to providing health awareness to patients through the “Sokarak Hayatak” Facebook page, which provides updated advice for diabetics provided by a group of expert endocrinologists in the form of simplified videos, as well as distributing health awareness brochures and medical advice for these patients in medical clinics throughout the Republic.

-Dr. Mohsen Hassan, Commercial head at Zeta Pharma, confirmed that the company’s general strategy aims to improve the quality of patient’s life as well as raise the efficiency of the medical service by supporting continuing medical education programs for young doctors, such as activating training programs and financing educational videos for young doctors in order to transfer medical knowledge from senior professors of diabetes and endocrinology, holding periodic scientific meetings, and supporting the participation of doctors in international conferences, noting that the company provides several medicinal alternatives for the same disease so that the doctor can choose from the available alternatives according to the condition of each patient.

-Dr. Faris Salama, Business Development Manager at Zeta Pharma, pointed out that the launch of the diabetes patient support program is an important stage in the journey of Zeta Pharma’s support programs for the Egyptian patient, which began in 2016 with the Hepatitis C support program, adding that the diabetes program also includes funding a free mobile application for Android and IOS phones in the name of “Sehetak Hayatak”, which provides an easy system for recording blood glucose readings and measuring body mass index, as well as providing awareness tips for patients, as well as a database of endocrinologists throughout the country.

-For his part, Prof. Abbas Orabi, Professor of Diabetes and Endocrinology, Faculty of Medicine, Zagazig University, confirmed that there are 10 million Egyptians (i.e. 10% of the Egyptian people) suffering from diabetes, 90% of them are of type II, which differs from type I that occurs in children. It does not give severe symptoms in the beginning, and symptoms may start after four or five years, especially in the cerebral circulation and heart, adding that there has been a clear scientific development in diabetes treatments to become safe and useful for organs that are directly affected by diabetes, such as the heart and kidneys.

-Orabi praised the “Sokarak Hayatak” program and the company’s initiative to reduce the price of the drug, which provides a better opportunity for patients to benefit from the advantages of the drug. The new price, despite the high prices of modern medicines in general compared to traditional medicines, will become an incentive for other companies to reduce the prices of similar medicines, which serves the patient in the end. He also praised the community awareness provided by the program, which most Egyptian patients lack, unlike European countries, where there is awareness for patients, whether about the nature of the disease or about a healthy lifestyle and proper nutrition within medical clinics.

-Prof. Ali Abdel Rahim, Professor of Diabetes and Internal Medicine at the Faculty of Medicine, Alexandria University, explained that diabetes and its complications are preventable and controllable with early prediction of the disease in the presence of some warning signs such as increased abdominal circumference and general weight gain, and the presence of darkening In the vicinity of the neck and armpits, as well as obtaining proactive treatment to prevent or delay the occurrence of diabetes and its complications, and adherence to treatment and a healthy lifestyle and weight control in the event of an infection, thus making diabetes treatment a joint responsibility between the doctor and the patient.

-He added that Zeta Pharma’s initiative to reduce the prices of some medicines is a step we have not seen much in the drug market, stressing that reducing the price does not mean reducing quality as some think, quality requirements do not change, especially with the trend of most pharmaceutical companies to export, which also means compliance with the international quality standards.

-Dr. Eman Rushdi, Professor of Diabetes and Internal Medicine at the Faculty of Medicine, Kasr Al-Ainy, explained that the traditional medicines for diabetes worked by stimulating the pancreas to secrete insulin or improving the response of the body’s cells to insulin, which exposes the patient to the problems of sudden hypoglycemia and weight gain. The modern drug “Empacoza” reduces the absorption of sugar in the body by expulsion in the urine through the kidneys, which protects the heart, arteries, and kidneys from complications in the long term, noting that modern treatments for diabetes such as “Empacoza” have recently been approved for use in some cases of heart failure and renal impairment of non-diabetics to slow rates of deterioration in renal function.