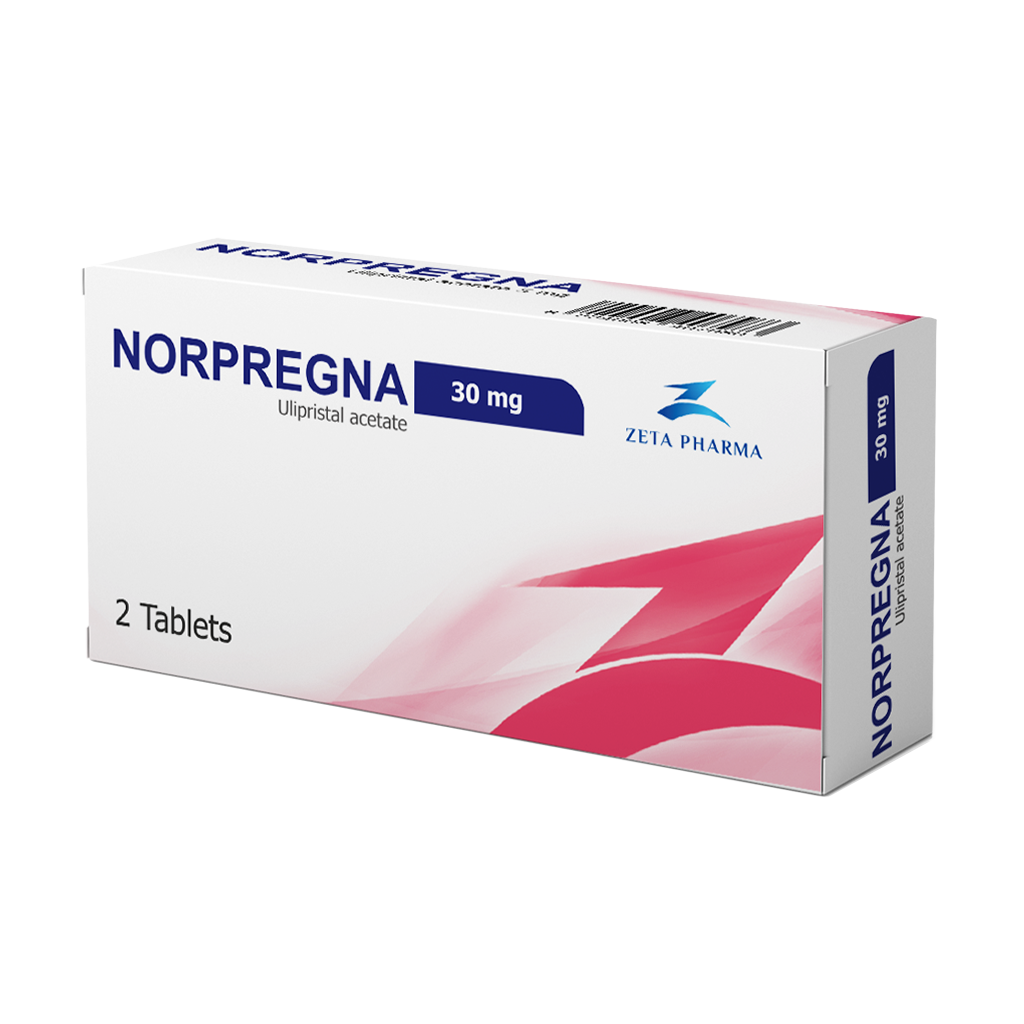 Norpregna is a selective, reversible progestin receptor modulator and its tissue targets include the uterus, cervix, ovaries, and hypothalamus. Ulipristal may act as an agonist or antagonist in the presence or absence of progesterone based on the tissue target. If given mid-follicular phase, development of the follicle growth is delayed and estradiol concentrations decrease. If given at the time when luteinizing hormone peaks, follicular rupture is delayed by several days. If given early-luteal phase, a decrease in endometrial thickness can be observed