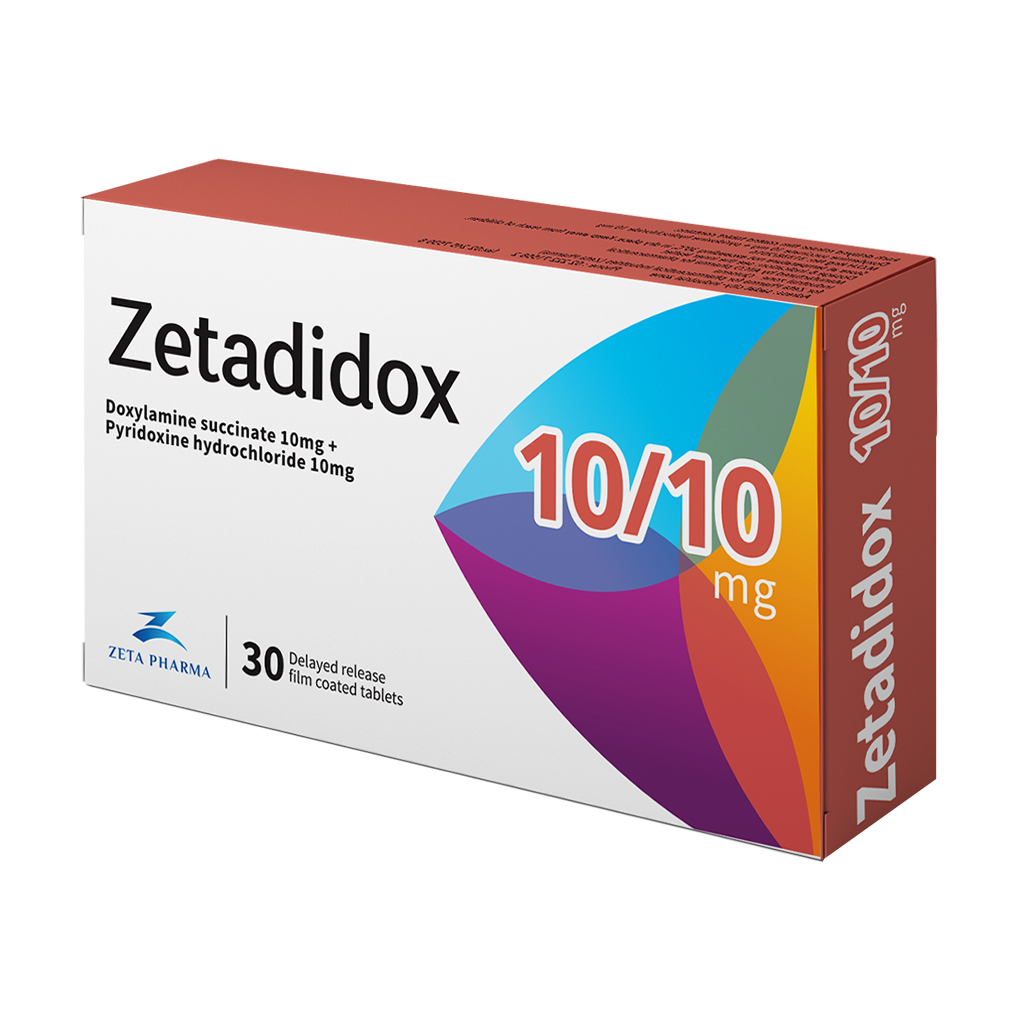 Zetadedox contains  Doxylamine is an antihistamine that is thought to work by affecting certain natural substances (acetylcholine, serotonin) in your body or by acting directly on certain parts of the brain. Pyridoxine is a B vitamin that is important for good health. Most people get enough pyridoxine in their diet, but certain health conditions (such as pregnancy, poor diet, and alcoholism) can result in a lack of this vitamin.